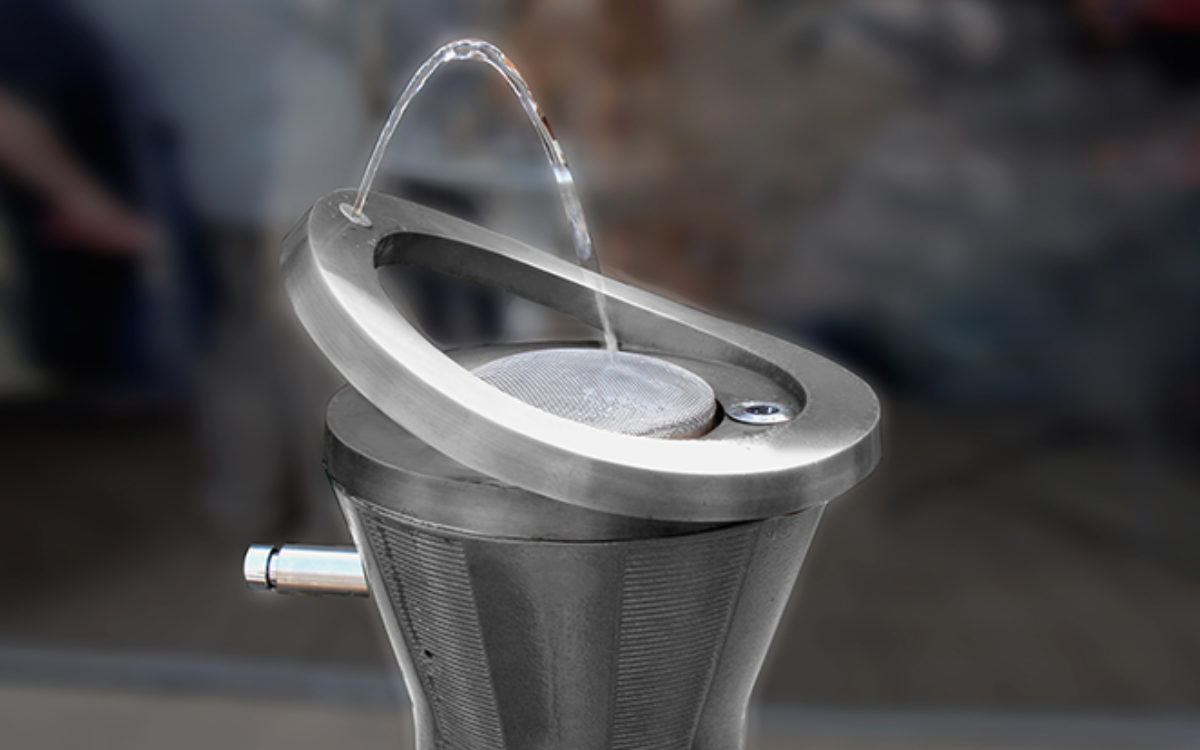 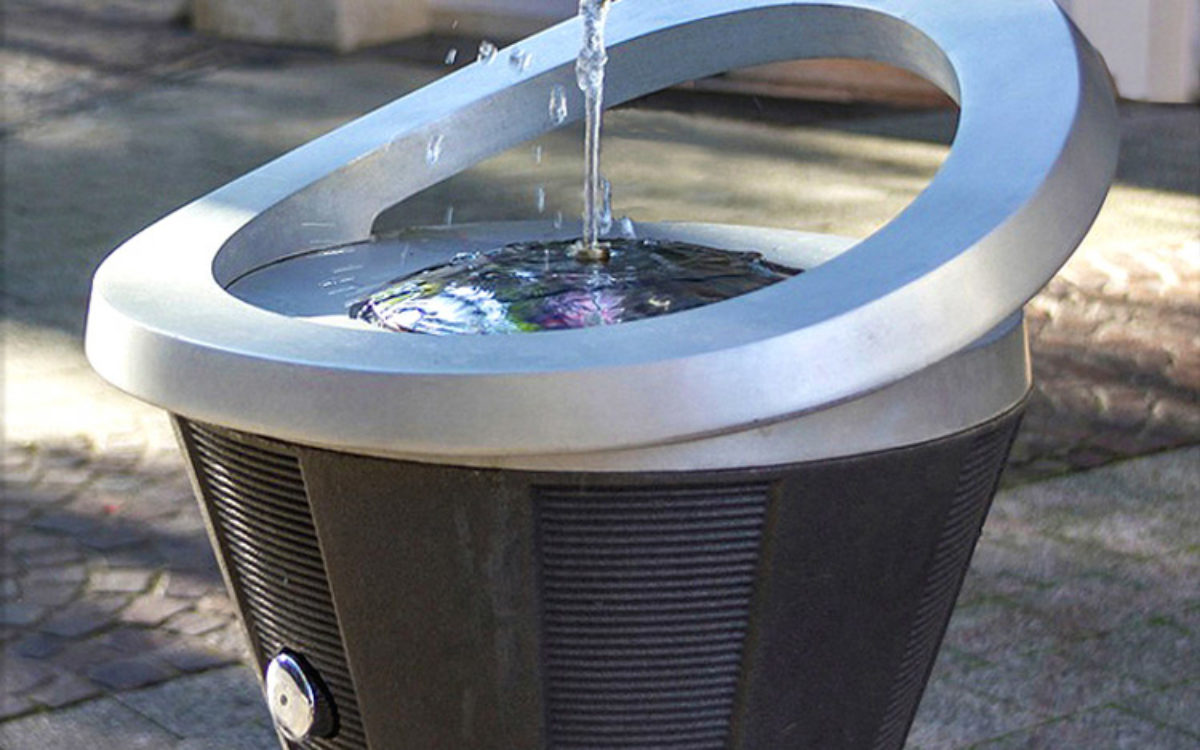 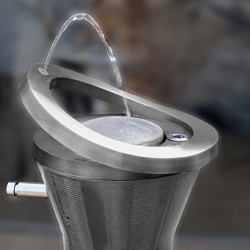 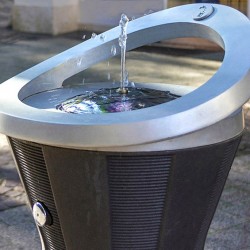 Line of fountains for the City of PARIS implemented with EAU DE PARIS Commissioned by the City of Paris, demanding that the new sanitary water distribution rules be applied according to a design that extends the image of Parisian street furniture. Study and implementation of Eau de Paris. Today, more than 300 of these local fountains are installed in all districts of the capital. This multiplication of water points contributes to improving the quality and distribution of drinking water for all kinds of uses: drinking, watering, filling, refreshing, playing, rejoicing on a daily basis. News 2021, proposals for changes.

In 2000, the City of Paris asked to define the design of the drinking water distribution fountains of the Markets, in anticipation of new rules applicable in 2002. The objective is to deal with this subject in consultation with all the services concerned by the distribution. some water. This design addresses health and social issues (distribution, installation, location, accessibility, communication) up to the definition and monitoring of the implementation of market terminals and then drinking fountains.

The market terminal, its first application was extended in 2004 to the Arceau drinking fountain. The GHM foundry was chosen for the realization of these models thanks to the aluminum casting technique that it has developed to cast its water distribution ring: the O’. It is now the benchmark company designated to manufacture and distribute the O’claire model (original name of this model), while preserving the exclusivity of the “Arceau” model reserved for the City of Paris intramural.

In 2011, following a design and implementation study carried out in collaboration with GHM, we adapted this drinking fountain to the quality and uses of Luxembourg water, where it has since been installed on all of its new fittings.
In 2012, his pose developed in Paris, starting with the Place de la République.
In 2016, the participatory budget initiated by Ms. Hidalgo, Mayor of Paris, voted for the development of this fountain, which is now being asked at the request of the mayors of the arrondissement in all districts of the capital.

To integrate this design into the heritage of historic and contemporary urban furniture in Paris, we have developed its relationship to the environment as much as to the user as well as innovations developed by Eau de Paris and then by GHM, which manufactures the O ‘claire fountains. outside of intramural Paris.

Drink water in the O‘

Drink standing up, facing the landscape: this O-shaped ring signals the presence of this small nearby fountain that you can embrace by kissing it. It offers all kinds of uses and accessibility thanks to the second water outlet placed lower. Its “drinkable” design has transformed the market supply terminal, whose silhouette it has kept, inspired by a large plant boot, caryatids and Parisians.
Her striped cast iron dress takes up the pattern of market awnings. The circles in the water of his hat are reflected in the grid on the ground. It is replaced by the cast aluminum ring which curves to distribute the water, in the “O”.
Many accessories have thus been defined to meet this use reserved for traders or its maintenance. They are part of the invisible side of this design which took several years to complete.

320 fountains are installed in Paris. They have been developed during the new installations of the drinking water distribution network in the city of Paris and in the city of Luxembourg since 2012.